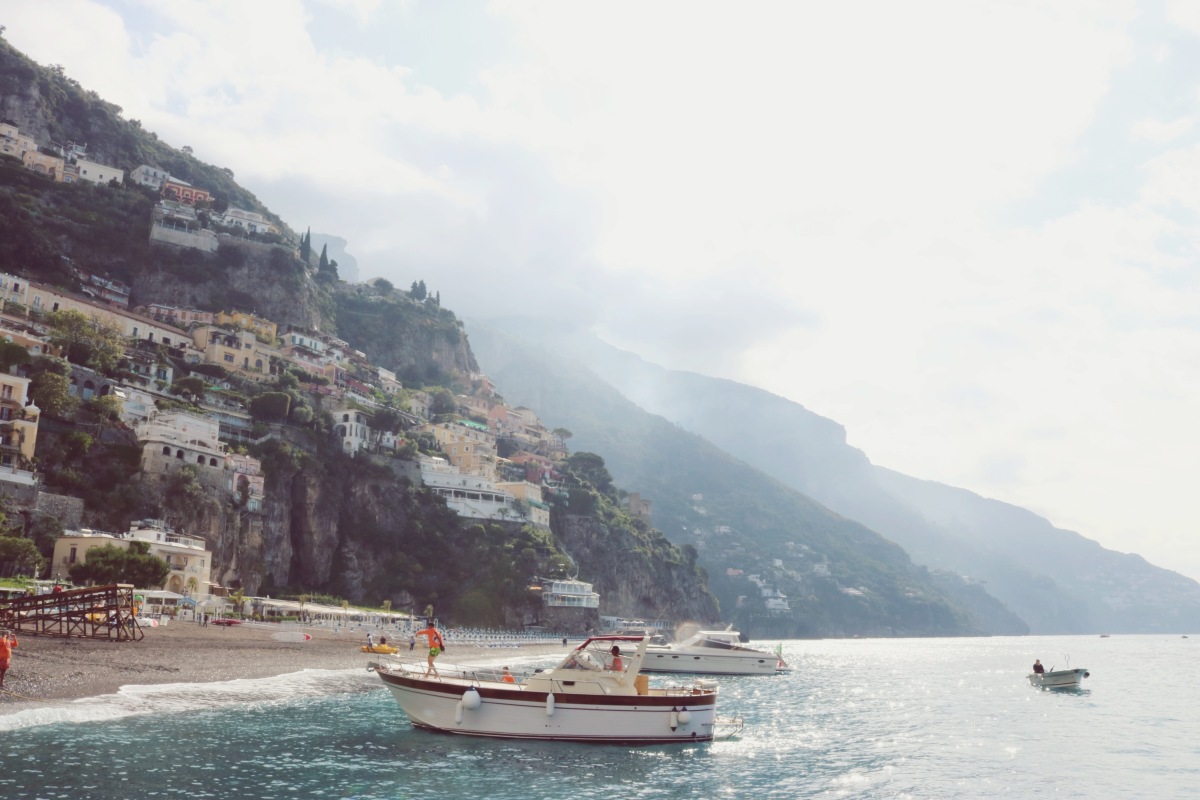 If the island of Capri is paradise, than Anacapri is heaven on earth. After we made it to Positano on Saturday night, we woke up early for our first full day of exploring. A boat tour to the neighboring island was on our to-do list. Thankfully we got some sun that day (there was unusually chilly and rainy weather off-and-on while we were on the Amalfi Coast). It made everything the more picturesque.

On the water, we saw some of the famous symbols of Capri, such as the Grotta Azzura (blue grotto) and I Faraglioni (think Dolce & Gabbana Light Blue ads from the 2000s). They were instantly recognizable, but still surreal to see in person.

As we rounded the corner of Capri, the sun started to peak out and the blue of the water really began to show. It is such a stunning hue, turning from a bright turquoise in shallow areas to a rich cobalt in deeper waters. I can see where D&G got their inspiration from! 😍

The sunshine (and okay, maybe some champagne) put a big smile on everyone’s faces. It was warming up as we approached the island, which was clearly a popular destination. Boats were dropping off people left and right and we decided that heading up to the less crowded (and cheaper) commune of Anacapri might be a good idea.

Anacapri sits at the top of the island, removed from the hustle and bustle of the main town. We took a *memorable* (read: life endangering) bus ride to the center of the commune, where the traffic just stops. I don’t remember seeing any cars past that point. Everyone was walking on the cobblestone street that snakes up the mountain. It felt untouched by time.

After walking for a few minutes, we stopped at one of the quiet cafes that lined the street. I had a cappuccino to start (the first of so very many), it being the tastiest option to fight the remaining jet lag. But the coffee quickly turned into drinks as we settled into vacation mode. Rosé felt like the right way to kick off lunch that afternoon…and vodka with–you guessed it–big fresh lemons!

It is clear that Capri is famous for their lemons, because they are growing everywhere, painted on every solid surface, and sold in some variation in every store. You can smell the citrus as you stroll along. Drinks and food (such as the famous limoncello and pastries) are all lemon-flavored, and the bright yellow is an accent on almost every building.

All of the little design details are what make this island so unique. The painted tiles (known as majolica tiles–more on this later) line benches, stair cases, and floors. The iron gates and railings pop on the white-washed walls, and the houses and homes are covered in flowering vines. There are gardens and greenery everywhere you turn, all set against the stunning backdrop of the sea, which just seems to melt into the sky. It is truly otherworldly. 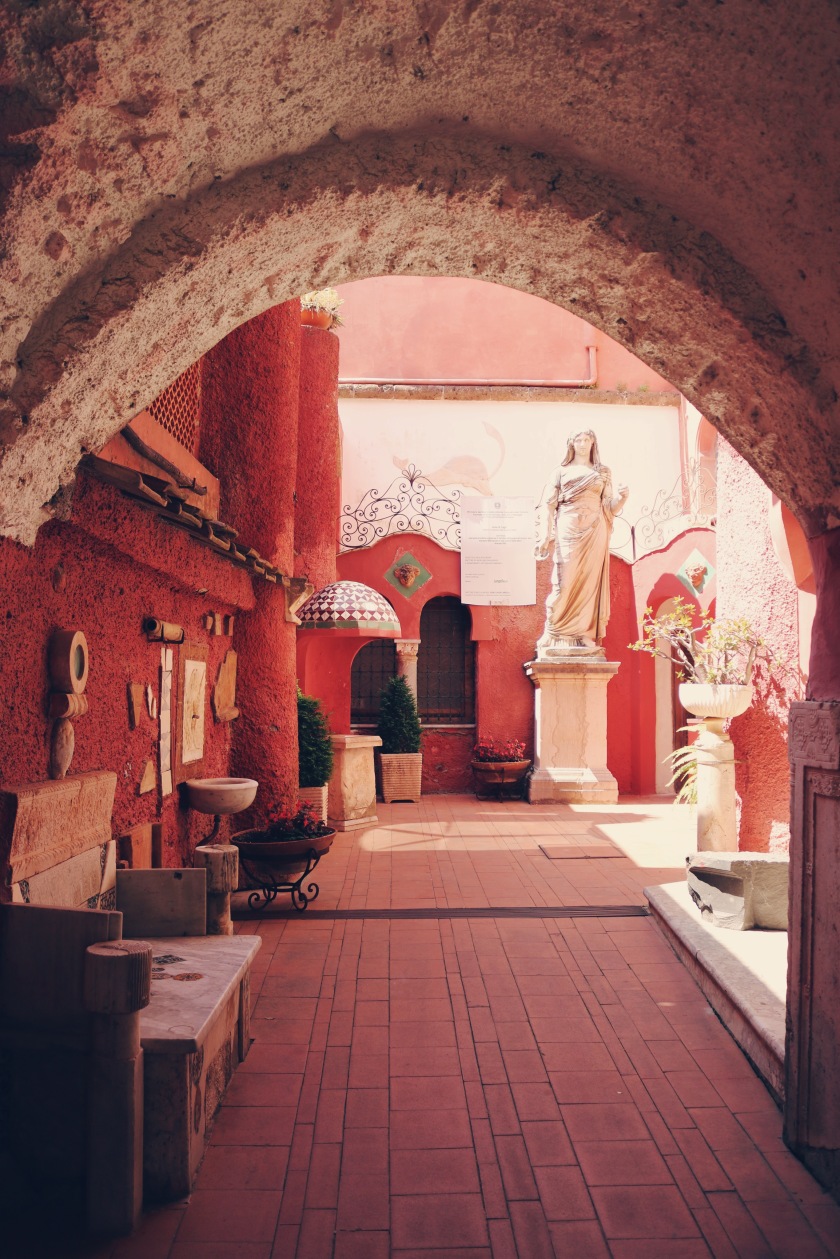 While blue, yellow and white may be the reigning color scheme for this island, they aren’t afraid of a little pink and red, either! The museum Casa Rossa is a perfect example of this love for bright colors. And it was one of my favorite spots in Anacapri.

My dress is from Canvas, shoes are Stuart Weitzman from last season (currently sold-out), and my scarf is Forever 21 (similar linked here).